In this region of the Valencian Communidad, the 9th of the month is the day that iscelebrated to mark the birth of the autonomous region. It dates back to 1238 when KingJames I took the City freeing it from the Moors.

This day is a public holiday throughout the region with many shops, banks andsupermarkets closed.

The 9th is also the day of St Dyonisius, the equivalent of Valentines day in Spain.Traditionally the men give the women a bundle of marzipan sweets wrapped up in ahandkerchief.

October is a great month for the Spanish people when they celebrate El Día de laHispanidad which is a national holiday on 12th. The day is to commemorate the datethat Christopher Columbus first set his foot on the Americas. 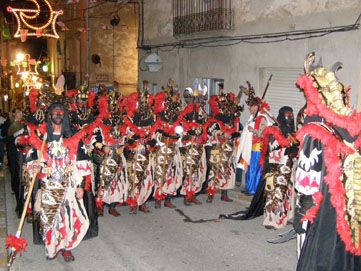